There are blessings to count. S coming back from Sydney has been a godsend.

Today, after work, we met at our local, as per normal every Friday and Saturday for the past two months now, and we had our compulsory Hoegaarden half a litre.

Then we headed off SHOPPING! S needed new clothes for his string of job interviews. He had his mum buy him a Hugo Boss suit earlier in the week for his first interview, and he called us the day of his interview to ask how to tie a tie.

Today, on H’s recommendation, we headed to Raoul’s, where the shirts are damn nice lor.

It is not often guys shop together for clothes (!), but we three kings of orient went and did it with much glee. Me and H picked out shirts for S to try, and we were, as usual, poking fun at everything in the shop, much to the consternation of the nervous sales staff. I don’t think they’ve encountered giggly straight men either.

After he had made his purchases, S said, “You know, I like shopping with you guys ‘cos it’s the closest thing to shopping with women”.

There was a very pregnant pause.

Then we headed off to dinner at a Japanese restaurant where me and H and his girlfriend tried to persuade S to try the Katsu-Don because “Japanese pork is halal”. (We had earlier tried to trick him into trying a pair of pig-skin lined Raoul shoes).

We ate, we drank, we giggled some more, then we went home.

A few weeks ago, we were sitting at the dining table having dinner. All was usual. Mum was griping about everything. Sis was complaining about something at work. Brother-in-law was asking me some inane question in an effort to drum up conversation with me. Brother was silent. And little Josh was trying to get everyone’s attention.

We dished the food onto our plates of rice as per normal.

Then it was Dad’s turn to scoop some stuff onto his plate. I stopped the spinning lazy susan to help him. And that’s when I saw it.

He picked up the serving spoon in the most laboured manner, his right hand trembling quite significantly. Parkinson’s. My first thought flashed. Then I was mesmerised. I looked at him eating for the rest of dinner.

He did complain to me about having the shakes. He usually doesn’t complain much unless he’s afraid. But I think he was aware that I was aware and observing him.

I met him in his office yesterday for a business chat, and he was shaking so much that I lost my train of thought. He was aware of it, and hid his hands behind his back.

Last night, Mum told me she got a number for a neurologist, and asked me to make an appointment for Dad.

At dinner tonight, I asked him when I could make an appointment, and he was quite annoyed. “I have so many medical appointments. I go to my cardiologist first and do all my tests first”.

“They have medicines that can control the shaking you know?”, was my counter. He kept quiet and tried to dish some more food on his plate, and gave up after one try.

Listening to: Riding With the King – John Hiatt – Y’all Caught

I got this car in 2002 for a real bargain by Singapore standards – $28K for 5 years left on the COE (for non-Singaporeans – Certificate of Entitlement – yes, you need a certificate to show you are entitled to own a car). It seemed a real bargain then. For $28K you can only put a deposit on another decent car. This baby (monster) was so well-kept by her previous owners that I felt guilty taking her off their hands. I’m renowned for trashing cars. My last car in Sydney was known as the Sports Car, because of all manner of sporting apparatus I kept in the trunk, the back seat, the front passenger seat and the roof rack.

I’ve grown accustomed to her face, her large, cumbersome frame and her reluctant purr in the mornings, when her transmission doesn’t want to wake up yet. She is low-maintenance with the TLC stuff, but her drinking habit’s leaving me skint.

In the past fortnight, I had been complaining to all who would care to listen (and because I had run out of conversation topics), that the fuel prices were killing me. $1.45 a litre or something. Tell me, how can a poor man stand such times and live?

Now, buying, selling and owning a car in Singapore is like rocket science or nuclear physics. Most guys here seem to understand it, but I don’t. There’s the aforementioned COE, then there’s the OMV, PARF, the ARF and the BOWWOWWOW or something. And when you’re done with the barking, you might want to let out an ERP….

…So my friends were trying to explain the above acronym soup to me while my eyes were slowly glazing over. All I knew was that I was spending close to $400 a month on fuel, $4K a year on road tax, $800 a year on insurance and many sundry dollars passing under ERP gantries by mistake and parking for too long in car parks across the island.

Good thing she’s a hardy girl, and seldom has to visit the mechanic’s aside from her routine check ups and occasional replacement of the Mercedes star that vandals like to snap off for keepsakes. She’s temperamental and quirky too. Creaking in the mornings, but not in the afternoons. Overheating in jams and not changing gears in colder weather (here, that means anything under 30 degrees celcius). She drives like a boat, and parking is like berthing a tugboat, only harder. She usually needs one and a half parking lots. And she’s longer than most MPVs (Many People Vehicle).

Common sense (and my knowledgeable friends) dictate I should sell the car (because the shell is worth money, they say), and put a deposit down on a smaller car, and pay instalments for the rest of my natural life, so I can cut down my fuel bill and road tax. Plus I used to dislike Mercs with a passion. The image of the Chinese Bidnisman and his big Merc irked me no end. And it doesn’t help that some friends address me as Uncle still on account of the car.

But like I say, I’ve grown accustomed to her. How her dash lights randomly switch on and off depending on how you start her up. How she needs at least two cranks to start up. How only one of four auto windows work. How the fuel gauge reads 1/4 but is really very empty. And she’s a grand old dame. She’s a Merc.

I’ll only leave her if someone gets me one of these. (Bastard huh?)

I spend so much time on the computer it’s scary. And thanks to my horrible sleeping patterns, I spend nights, mostly alone at the computer, churning out (very slowly) all manner of business proposals, website updates, customer emails and so on.

Which is why I am thankful for this blog, and the opportunities it’s given me to make friends. I have friended several very nonsensical people through portals like Rice Bowl Journals. Nonsense is good too. Especially in the wee hours.

There’s always a comfortable distance between me and my online friends. I can sit here, half naked, picking my nose, and they wouldn’t mind. (Would you? If so, no, I don’t pick my nose when I’m online. I do trim my nose hair though).

My online friends also give me things to do: Help with research, nonsense games to play, and lately, an infernally frustrating quiz from the marketers of the Da Vinci Code. (As I write, I’ve forwarded this quiz to another online friend, much to my regret, because she is also bombarding me with ‘Arrgh’s just as I did with the friend that gave me the quiz. That friend has cleverly gone offline for the night).

I’ll tell you what. Having online friends with my nocturnal, solitary, working hours sure makes up for not having colleagues in the conventional sense. (Plus you can chat half-naked). 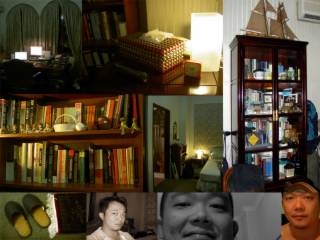 Da Vinci update: I’ve cracked it. With a little (a lot actually, I had given up at the second last stage) help from the friend that forwarded it to me. Is nosso hard! 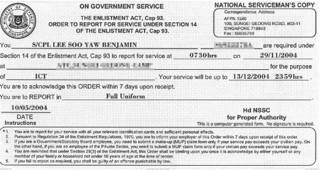 …as I was just saying about love letters…