What was very evident early on for me, was that I could do a lot more things in a day than I would have in the office. For a start, I had shaved off an hour’s commute, twenty minutes of walking to and from lunch. And for a large office, there’s not surprisingly a lot of walking between floors.

I don’t think I’ve ever been this efficient. I even tried attending two meetings at once (not recommended). In the current economic climate, I’m extremely grateful I’m able to put in this much work. We’ve also definitely learned some things about the new working normal:

When we were asked to come into the office last week to clear our desks of paraphernalia and personal debris, one of my younger colleagues asked if we also had to bring home our office-issued personal cordless DID phones. Maybe he was afraid of being scolded by our agency’s receptionist, who used to scold me a couple of times a month for not answering my DID phone when she used to call to tell me there was someone looking for me / Lazada leaving a package at reception / Deliveroo delivering lunch.

Anyone looking to buy 350 sets of pre-loved but seldom used cordless DID handsets?

Thank goodness we’re a small country – or else the travel time (and transport claims) would be more than the 15-20 minutes each way just to present findings on a client’s social media content performance. Dear clients, please read the decks, and if you have any questions, we’re just a WebEx or Microsoft Teams meeting away. Or you could just WhatsApp us just like you’ve done for the last four years.

(Zoom is banned from our agency because of persistent security issues)

Creative agencies can only thrive in a collaborative environment – and the most amazing thing that remote working has made possible is that we’ve had teams of over 30 people working on massive projects being in the same meeting. Not physically possible in the past where we had to fight over meeting rooms. I used to have to pull rank and commandeer the pantry for meeting space (tip – make friends with Aunty Chitra our Agency Cleanliness Commander).

Goodbye Agency Colleagues who are MIA

We’d fret over whether to call their mobile or text over WhatsApp or check their Instagram Stories to see if they’re having lunch at home or outside. But two months in, we’ve now figured out that anyone who doesn’t answer a call on Teams within a minute is a Class One Skiving Suspect.

Being a former freelancer / sole proprietor, I used to wince when the agency suits would print a copy of a brief for every briefing attendant. The planet thanks you, work from home arrangements, because you have made us realise most people can read PDFs just as well as paper.

Also, the Electronic Transactions Act has recognised electronic signatures for over a decade now. Hey guys, how about we start burning those paper finance memos and duplicates of claims when Seventh Month comes round in a few weeks?

Goodbye Asking IT For More Server Space For Your Team

Our MS OneDrive and Sharepoint is now being used far more efficiently than previously. Being a network agency we’ve always had these at our disposal. Very useful when business leads text you at 9pm on Friday night – when you’re out with your friends for the first time in two months – asking for “I NEED THE LATEST CREDS DECK FOR LAST MINUTE PITCH, YOU HAVE?”

Feels so good when I actually have it on my freaking iPhone!

Even if not for the long run, I think we’ve had to adapt to keeping in touch in different ways. Team meals used to be a morale booster – and we’ve been experimenting with different ways of doing that – I’ve surprised my team with random meal/snack deliveries and I think it helps with morale the same way our team “snack bar” (my team is known for our diverse range of tidbits from every time a team member comes back from overseas leave) used to. We’re still working this bit out. Yes, we miss Haidilao.

I heard from HR that we bought a new water cooler juuuust before we started WFH. I think that’s gonna last for awhile, now there’s fewer of us going in.

And boy, was I tempted to bring the Nespresso machine home, but I was told that would constitute looting. I was one of the more hardcore ‘office got free coffee’ employees, and now find myself out of pocket trying to keep up with my four capsule a day habit.

Now it’s not as if we had ever spent time hanging around the coffee machine/water cooler talking about people – but it does get hard to suss out how people are feeling. Our remote meetings can’t really see the droop in shoulders or the shuffle of someone down in the mouth. It’s something we’re still trying to figure out – so I guess maybe when we can eventually get back to F2F workspaces, we can do that? Keep you posted on how things go!

Tiger Beer has very rightly launched a ‘Support Our Local F&B’ initiative as part of the #SupportOurStreets campaign to raise funds to support our F&B businesses during this very difficult time. As a nation, we are extremely fortunate to have such a strong food culture, and it is only fitting that we collectively support one another to protect this food culture.

These are interesting times, and as I promised, here’s a long-awaited blog post. What makes the subject matter worthy of a rare login to write something? Supporting local makan of course!

I can’t wait for the time when I can go back to my favourite food haunts and knock back a couple of Tiger beers with my favourite local dishes. Neither can the folks that run the F&B places!

Tiger Beer has very rightly launched a ‘Support Our Local F&B’ initiative as part of the #SupportOurStreets campaign to raise funds to support our F&B businesses during this very difficult time. As a nation, we are extremely fortunate to have such a strong food culture, and it is only fitting that we collectively support one another to protect this food culture.

From now till the end of May, you can contribute $10 at http://supportourfnb.tigerbeer.com.sg. Better still, do it several times before the month is  out. Every week, Tiger Beer will collate the contributions and distribute them to participating coffee shops, restaurants, bars, and pubs.

Every bit helps get our F&B businesses get back on their feet. You’ll also get a digital voucher worth two Tiger Beers, to be redeemed when these outlets reopen for business.

Tiger Beer has kicked off this initiative with a $100,000 contribution and is working further to support the recovery of F&B businesses with a pledge of a $600,000 beer sponsorship.

These are interesting times, to say the least. “Circuit Breaker” starts tomorrow, and Hossan and I felt that we had to spend time talking about it, even if we don’t know what form our conversations should take. We just talk cock the way we always do. I don’t know why, but I think it makes us feel better. I hope it makes you feel better too.

Thanks Dwayne for joining us and winging it when we throw you the world’s most difficult questions.

These are interesting times, and I’m sorry to have been absent from this blog for so long.

I’ll be posting stuff here shortly, so do come back if you’ve stumbled upon it.

If you’re a long time reader, welcome back! I’m looking forward to hanging out with you here again. Just like old times. 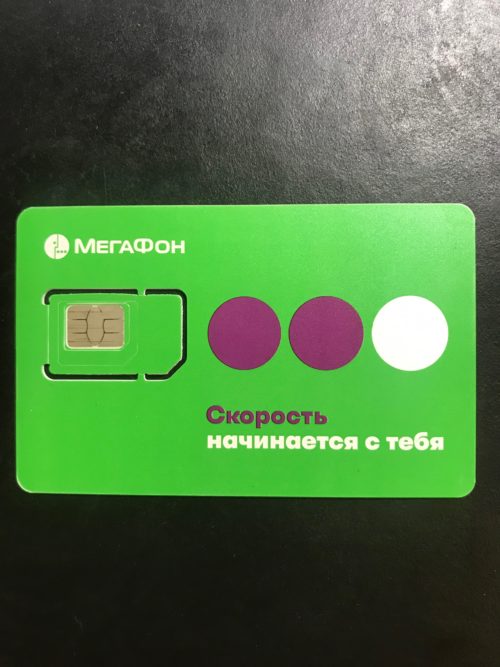 And when we landed in Dubai on transit and we switched on our phones – it still worked! Has anyone tried this Megafon Russia SIM card in any other countries yet? Let me know!