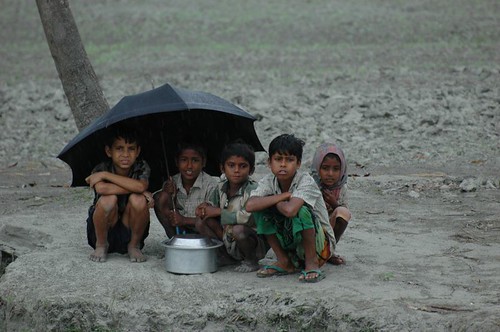 A super cyclone lashes the low lying Padma delta region, wiping out scores of villages and rendering millions of people homeless. The refugees who are able to start streaming onto higher ground, into already clogged and crowded cities like Chittagong and Kolkatta. And since we’re talking about millions of people – it becomes a catastrophe of unprecedented proportions.

Over here in Singapore, we’re still only just complaining about 2 months without rain, and the haze compelling us to spend the rest of our time indoors. We empathise and send aid in the form of cash, food and clothing. Burma and India start to ask for aid because they can’t cope with the influx of millions. Bangladesh is on its knees as disease begins to take hold of everything that isn’t in the massive exodus.

Then it happens – the tens of thousands of low wage workers from Bangladesh and the Kolkatta region refuse to repatriated after their contracts expire, because they have no homes to return to. The UN bars Singapore from repatriating anyone newly classed as Climate Refugees. And that, is how climate change will become a matter of national security. Read more and start to do something.