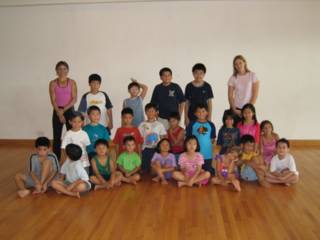 I seldom like talking about work here. But it seems my work interests some people because it is apparently rare for a guy to be doing what I do. Yes, I find it gratifying even though I am glad I don’t have to bring the kids home with me.

It has been ages since (apart from the quiet beers with the boys) I’ve been partying seriously, and last night (weeknight!) was about the most nonsensical fun we’ve had in a while. The boys trekked from Centro to Zouk/Velvet to Liquid Room, checking the scene. I’ve always found going clubbing mildly ridiculous, which probably added to the novelty of last night’s outing. Still, we had tons of fun, and my ears are still ringing. Even funnier were the ‘serious clubbers’ and their mournful faces.

The Euro soccer thingie is on soon, ‘cos all my friends are talking about it, and leaving me to grasp for some little bits of information I can contribute – such as, ‘anyone gambling on the games? I have a centrebet account. I can place for you’. Before you think me a serious punter, I’ll have you know I opened the account to have a bit of a flutter on the horses at Melbourne Cup, a little more on the soccer during the World Cup, where I lost a clutch of dollars (say, $100) putting the money on European stronghouses as Italy, and then having to make back my losses by putting money where I know things to the finest detail including the blades of grass at Aussie Stadium, Rugby Union. It will be a boring month. Pubs will be screening the soccer. Guys and their rebonded haired girlfriends will be cheering their European teams. England will lose.

I was also saddened to hear of someone’s laying off after apparently good service to her company. I thought the economy was going great guns. It appears it’s running into a rough month for her particularly, though I’m certain she’ll bounce back from this.

I have to post this quick so I can go meet the boys for supper at Adam Road.

2 thoughts on “Everyone talks about football (soccer)”