I’m recalling memories of my father by occasionally visiting places significant in his life. Every time I do, these places give up a little bit more about what made my father who he was. 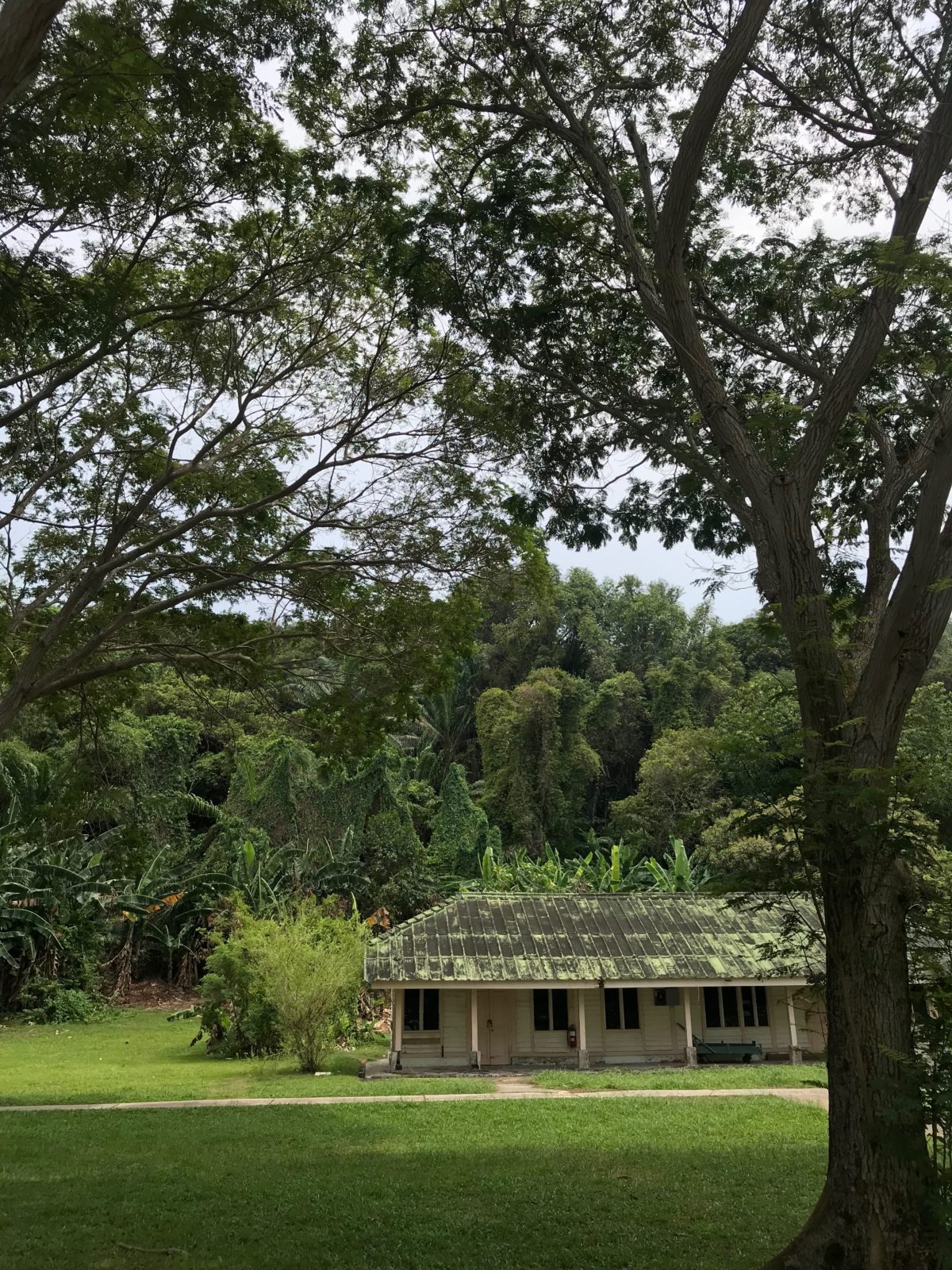 I’m recalling memories of my father by occasionally visiting places significant in his life. Every time I do, these places give up a little bit more about what made my father who he was.

It was when I was maybe twenty two that my father and I started talking a little bit more.

We took a road trip up Malaysia, opting to drive up the old ‘trunk roads’ rather than the North-South Highway. We stopped at Muar, Port Dickson, Mantin, and finally Seremban, where the bulk of both my parents’ extended families lived.

En route, he told me in stops and starts, how he came to be in Singapore and Malaysia. Port Dickson was where his father had settled after escaping persecution in Hainan and Canton because he was a Communist agitator; Muar was where he accidentally stopped overnight because the bullock cart driver didn’t or couldn’t convey to him that his final destination was supposed to have been Port Dickson; Mantin was where he lived with his mother and uncle because they were estranged from his father.

But Singapore was where he first landed some time in 1936 or ’37, but his father, who was in Port Dickson at that time, didn’t make the journey south to receive him, and my father was instead put in the care of a Hainanese clan and put to work, at age 7, in a coffee shop on Seah Street for a year.

I didn’t get much more detail of his vocation on Seah Street, but I remember him telling me his first impression of Singapore, or rather, that of the quarantine station on St. John’s Island. This tiny, hilly island, a 20 minute ferry ride from Marina South, also happens to be where Raffles dropped anchor as he prepared to negotiate control over a sleepy fishing village with a view to turning it into the bustling metropolis it is today.

This sandfly-infested, and more recently, asbestos-riddled island wasn’t named for some Ang Moh called “St. John” either. The name is simply an anglicised corruption of the original Orang Laut name for the place, “Pulau Sekijang”.

But what matters more to me is what my father remembered of Pulau Sekijang or St John’s Island or whatever foreign destination it was to him at the time. I remember his voice going up in pitch as he said, “They throw the flea powder on me – just throw like that, all over”. This was the little snippet of his early life that he kept repeating to me over subsequent years.

It was only many years later, and only after I became a father myself that I realised how very terrified and traumatised the seven year old him must have been.

I am the quieter parent, just like my Dad was, but my heart bursts with so many things I want to say to my son, hoping that these things help him become better than I am. I’m quite sure that’s what my father thought, because once when I asked him how come he never told me much about his childhood, he said plainly, “because I don’t want my children to know what poverty is like”.

This is the second consecutive Father’s Day we’ve been abroad with family, and I think it’s a good way to spend it. We’re gonna make this a tradition.

To all Dads – Happy Father’s Day – it’s a day to be thankful for family, and for the time you get to spend with them. A big shout out to every man who’s traded in a fast car for an MPV, a coupe for a wagon, and spent way more than you’ve dreamed of on a stroller.